Is this a unique article? Of course not you can find a similar kind list in hundred of a post on the internet. But this is an article, made up of a list of useful tools and technologies using the knowledge which I have acquired from the past few years (technically 4 years as per experience). OK, let’s jump into the list. The items are not listed based on its importance, so feel free to traverse to read any section.

Version control is a system that records the changes to documents, computer programs, large web sites and other collection of information.

In Software Engineering, version control is a kind of practice that tracks and provides control over changes to source code. When we are working as a team with multiple people in the software development, the source code will undergo multiple version. Version control systems allow multiple developers to edit the same file a the same time.

Developers can retain multiple copies of the different version of programs or files, and label them appropriately. Version control systems are not limited to software development alone, it can be used anyone who wishes to keep track of revision of their files.

Writing is a key skill for software developers. To write

Content writing is a most difficult and interesting skill. It doesn’t mean every software developer has to be a great author who picks magical words to write the content. But at the same, every developer should learn how to communicate with clients/team with precise and neat language through business emails.

In the case of software engineer life, writing topic covers the writing standard & readable code as well. The code should be readable for anyone in the team to understand the concepts in less time.

Writing proper commit message to every commits happen in the project via version control system. The other developer in the team should not spend his time much to understand the commit by digging into repository codes, they should probably get a short and crisp description what the commit is all about.

Mostly Software developer is supposed to involve in the process of creating documentation to explain the functionality of the system. The documentation may be given to clients or documentation will be used to share information across the team.

From the evolution of programming, the common terminology used in rising of every programming language is reuse.

Reusing the existing feature is a best practice that most of the programmers and technical books recommending. Using libraries is one of the best practice on software development. For example, if you want to deal with some of the mathematics operation like square root, finding Floor/Ceil value of the number. You don’t have to create your own methods from the scratch. Reinventing a wheel is not always a best practice. To do that operation, you can probably use some of the existing libraries (choosing suitable library is another big topic, we can discuss that in some other post).

At the same time, you don’t have to use the libraries always to do all your actions in your system. If time permits you can create your own custom common library which can be used by other teams in the organization as well.

We have to gain proper knowledge and information about the library before using it in our projects. You can gain such knowledge over experiencing by handling multiple projects in your career.

A regular expression, (regex or regexp ) is in theoretical computer science and formal language theory, a sequence of characters that define a search pattern. Usually, this pattern is then used by string searching algorithms for “find” or “find and replace” operations on strings. 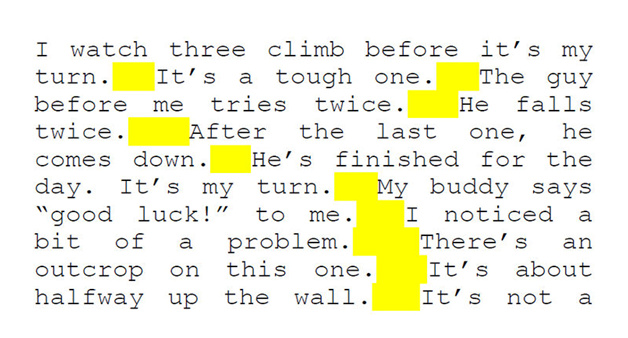 In the above image, we are matching a particular pattern or sequence of text from the paragraph. The regular expression will be used by developers in text processing and search algorithms.

To do the particular small level operation in the daily tasks, scripting will be used. Python, JavaScript will be used to perform some quick operations in the day to day works. To perform some simple task we should not depend on setting large development environment, that operation should be done by using some scripts or bat files.

I would recommend every software developer to learn basic knowledge in handling database. Even though if we are not working with database level changes in the software system, it is important to have a basic knowledge in the database. Database is highly used to manipulate the data. SQL, NoSQL or Graph database; the developer should decide and learn at least one database system based on their needs.

Using suitable tools is a success factor of the project.

In the software life cycle, we developers will deal with various tools to perform and complete our task. Developers should acquire some good knowledge in choosing and working with tools.

We will deal with various tools like SRS creating tools, IDEs to code, Editors to quick edit or prepare documentation, CLI, Compilers, Build system, Continuous deployment etc. So every software developer should be familiar with at least one tool which involves in each module in the complete life cycle of software development.

Debugging is an art, if you know debugging.

To me debugging is a very interesting part of development. Debugging will help us to learn more new things which are not available most of the top rated programming books. It is a long chain process of the continuous learning process.

Debugging will become very hard if you are dealing with someone program which has poor documentation or unmanageable code.

Each and every IDEs come up with some new techniques to track down the values or state of a program during debug time in its every release. Simply, debugging is understanding the various state of a program with various inputs in different intervals. The formal word “debugging” means identify and remove errors from (computer hardware or software).

Making the software behave in a predictable manner despite unexpected inputs or user actions. The developer should sure make that the modules which we code should handle most of the exceptions that can happen. Overly defensive programming, however, introduces unnecessary code for errors impossible to even happen, thus wasting runtime and maintenance costs. There is also the risk that the code traps or prevents too many exceptions, potentially resulting in unnoticed, incorrect results.

A good way to learn something is to teach or speak about it.

If you never participated in any online programming forums, just go and get started. This is the right time to start, there are thousands of people waiting for you to discuss a various topic which you can answer.

Will programming forums help us in learning? Short answer, Yes.

We can’t get a solution for all problem from the official documentation or support team of product. The online forums are the ones which help developers to discuss the various problems throughout the world.

I think I have covered some of the basic things that software developer should know based on my experience. It would be nice if guys have any item to be added to this list. Please describe those in the comment section below. Let’s have some healthy discussion. Participation is the biggest part of learning.